Where is La Cueva del Guácharo (Guácharo Cave) in Venezuela?

What important dates are established for the Guácharo Cave?

Why is The Cueva del Guácharo National Park worth a visit?

The main feature of the park is the impressive cave system itself, which, with a length of around 10.2 km, is the largest in the country – it has, as its centerpiece, a large limestone cave, which is home to thousands of oilbirds.

Who discovered The Cueva del Guácharo and when?

It was discovered along with its unique inhabitant, the guácharo (oilbird) by the scientist and explorer Alexander von Humboldt in 1799.

Who was Alexander von Humboldt?

Friedrich Wilhelm Heinrich Alexander Freiherr von Humboldt (September 14, 1769 – May 6, 1859) was a German naturalist and explorer, and the younger brother of the Prussian minister, philosopher and linguist Wilhelm von Humboldt (1767–1835). Humboldt’s quantitative work on botanical geography laid the foundation for the field of biogeography.

Between 1799 and 1804, Humboldt travelled extensively in Latin America, exploring and describing it for the first time in a manner generally considered to be a modern scientific point of view. His description of the journey was written up and published in an enormous set of volumes over 21 years. He was one of the first to propose that the lands bordering the Atlantic Ocean were once joined (South America and Africa in particular). Later, his five-volume work, Kosmos (1845), attempted to unify the various branches of scientific knowledge. Humboldt supported and worked with other scientists, including Joseph-Louis Gay-Lussac, Justus von Liebig, Louis Agassiz, Matthew Fontaine Maury and, most notably, Aimé Bonpland, with whom he conducted much of his scientific exploration.

Guácharo (Oil-birds) – Oilbirds are fruit-eating birds that live within the first section of the cave; they leave at night in search of food. The Spanish name guácharo is onomatopoeic, and in ancient Castilian the word “guácharo” means “one who wails or laments” – anybody entering the vast entrance to the cave soon founds out how apt a name it is for these odd birds. 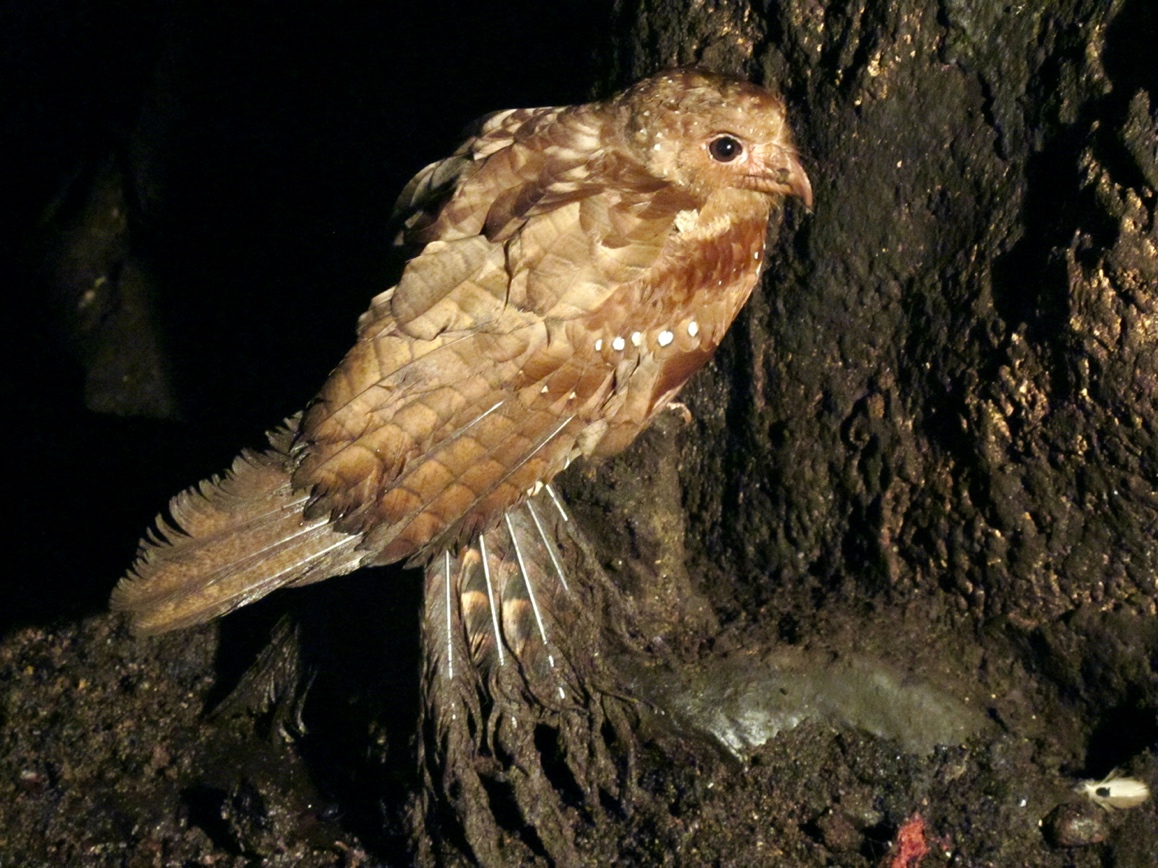 The noise these birds make serves a function, as Humboldt discovered, for the oilbird is the only bird that can fly freely in total darkness as the audible clicks, created by clacking its beak are used for echo-location like bats. The “clicks”, emitted at an incredible 250 a second, allow the oilbird to manouevre at high speed throughout the cave and a highly specialized sense of smell allows it to find the fruits and nuts that make up its diet.

The colony numbers around 18,000 and occupies the first chamber of the cave. The birds are brown with black and white spots, have a long tail and bristles around their beak. They measure around 48 cm in length, including the tail. The guácharos, like bats, produce an organic layer in the cave called guano, formed by excrement and vomited seeds, which provide the basic nutrients for the cave’s ecosystem. An extraordinary scene daily in the park occurs in the evening, as dusk falls, when the birds exit the cave in great flocks, in search of food.

During his visit, Humboldt carried out the first scientific study of this unique bird and gave it the Latin name Steatornis Caripensis, which means rather charmingly “fat bird of Caripe”.

Who were the Chaima Indians?

The Chaima Indians that Humboldt met no longer exist, their language and culture lost to the modern traveller. All that is available are the snippets of information written down by Humboldt: “To go and join the guácharos is with them a phrase signifying to rejoin their fathers, to die,” Humboldt wrote, “they believe that the souls of their ancestors sojourn in the deep recesses of the cavern.” “‘Man”, they said,

“should avoid places which are enlightened neither by the sun (Zis), nor by the moon (Nuna).”

Whilst in Caripe, Humboldt investigated the significance of the cave to the local Chaima Indians: “The natives connect mystic ideas with this cave, inhabited by nocturnal birds,” Humboldt wrote in his seven-volume account: “Personal Narrative of Travels to the Equinoctial Regions of the New Continent during the years 1799-1804”

“The magicians (Piaches) and poisoners (Imorons) perform their nocturnal tricks at the entrance of the cavern to conjure the chief of the evil spirits (Ivoriokiamo)… The Grotto of Caripe is the Tartarus of the Greeks; and the Guácharos… the Stygian birds.”

What happened to Alexander von Humboldt in the cave?

There is a plaque that marks the spot where Humboldt’s indigenous guides refused to go farther, being spooked by the sounds in the cave of the oilbirds they deserted Humboldt leaving him alone in the darkness. When he finally emerged after a couple of days they were really surprised to see him! 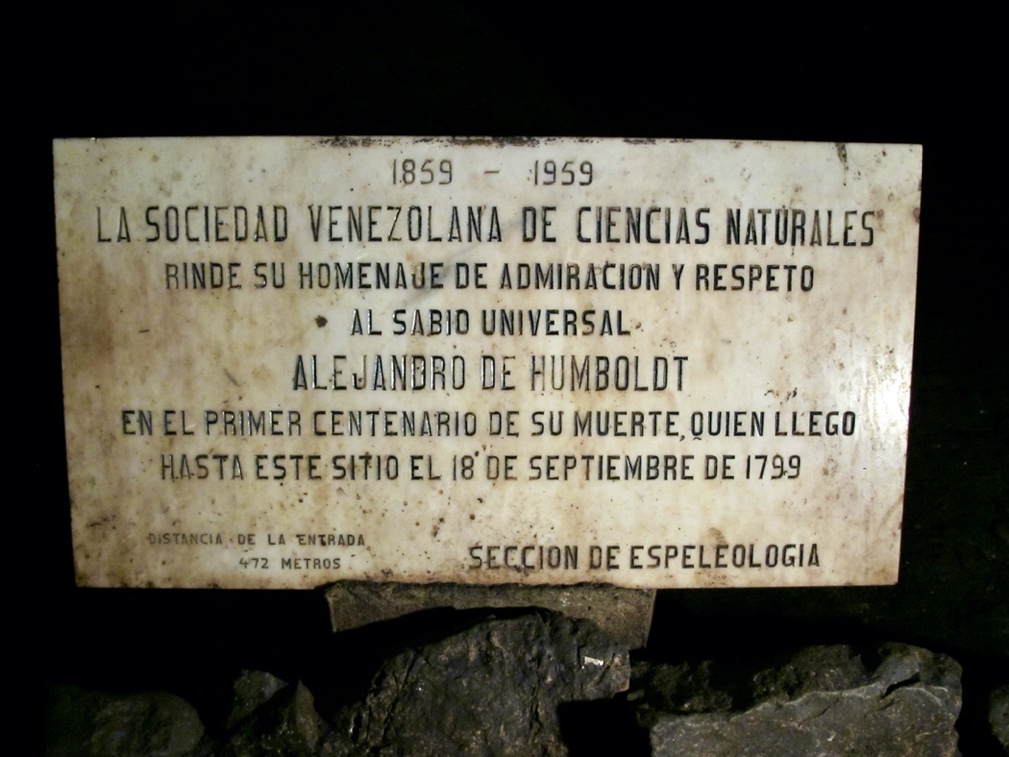 (Alexander von Humboldt) being left at this spot.

For the Chaima Indians an entrance to the deeper chambers represented the entry to the world of the dead and anybody passing through it would never return. When passing through the small passageway into the “Hall of Silence” you will immediately notice the blissful deliverance from the clamour of the oilbirds.

What is the experience for visitors to La Cueva del Guácharo?

Visitors are guided by lanterns down a concrete path that meanders alongside a stream and amongst vast piles of decomposing palm-seeds dropped by the guácharos. Spindly palm-seedlings sprout from these mounds, but soon die, starved of light. Ornate stalactites and stalagmites and other intriguing geological formations

decorate the entire subterranean network, many of which resemble and are named after plants, animals and famous landmarks.

Although passages reaching 10.2 kilometres into the mountain have been explored, only 1.5 kilometres are open to the public. From the visitor’s centre guided tours leave as soon as a group is formed, taking about 30 minutes to get from the impressive stalactite-fringed cave entrance to the oddly-named “Room of the Breasts” (Salon de Los Pechos).

Along the way, guides armed with flickering Coalman lamps point out the most spectacular formations of stalactites (coming down from the ceiling) and stalagmites (coming up from the floor), all of which have been named over the years. If one uses their imagination and squints their eyes a little – close to the entrance you can make out a rock formation that vaguely lives up to its title of the “Virgen del Carmen”. Further on into the cave system there appears a long trunk and large ears of the “Cabeza de Elefante” (Elephant’s Head), the enormous cone of “La Torre” (The Tower) and the “Leaning Tower of Pisa”.

Is there any flora and fauna other than the Oilbirds?

As one follows the stream deeper into the cave, the guides will also point out some of the flora and fauna that live in the cave system. While the oilbirds natter on above, living on the mushy soil and nutty guano of the cave floor are loads of weird, stunted plants, unable to grow any higher in the darkness. In this strange terrain small rodents, such as the endemic spiny rat (Proechimys Guyanensis), centipedes, spiders and beetles feed off the fruit and seeds dropped by the birds. One may even see crabs along the way that seem so out of place in this underground terrain and there are fish living in the streams which apparently are blind.

Is there a museum on-site?

The experience of entering the high-ceilinged, pitch-black chambers of the cave is a strange one with the unique sounds of the oilbirds echoing loudly throughout the cave. There are many thousands of these oilbirds nesting on high ledges and the numbers generally naturally increase during the nesting season from April to June. Harvesting of the young chicks has long been banned but it once provided a valuable source of oil for the Chaima who would use it for cooking and in lanterns. The young squabs accumulate large amounts of fat on their bodies in the first few months of life, sometimes weighing more than double that of an adult bird.

To the Chaima the oilbirds represented both a valuable source of food and a link to the world of the spirits. Man and bird have lived in close contact since pre-Columbian times as the archaeological remains in the visitor’s centre show. Chaima shamans

would take hallucinogenic snuff and listen to the shrieks of the birds, believing they were the voices of the dead and that they could transmit prophecies of future events.

When is the Park open?

The park is supposedly closed on Monday’s but evidently is actually open to visitors making their way there. There is a small entrance fee (approx. $4-5) and wellington boots are available to rent (approx. $1) inside the main entrance way. The park shuts at 4 p.m. even though one of the best parts of any visit is watching the birds leaving the cave at about 6:30 p.m.

What trips should I combine this with?

This excursion can be paired with a trip to Mochima National Park and the Orinoco Delta and if you have ample time other wonderful locations too are accessible. 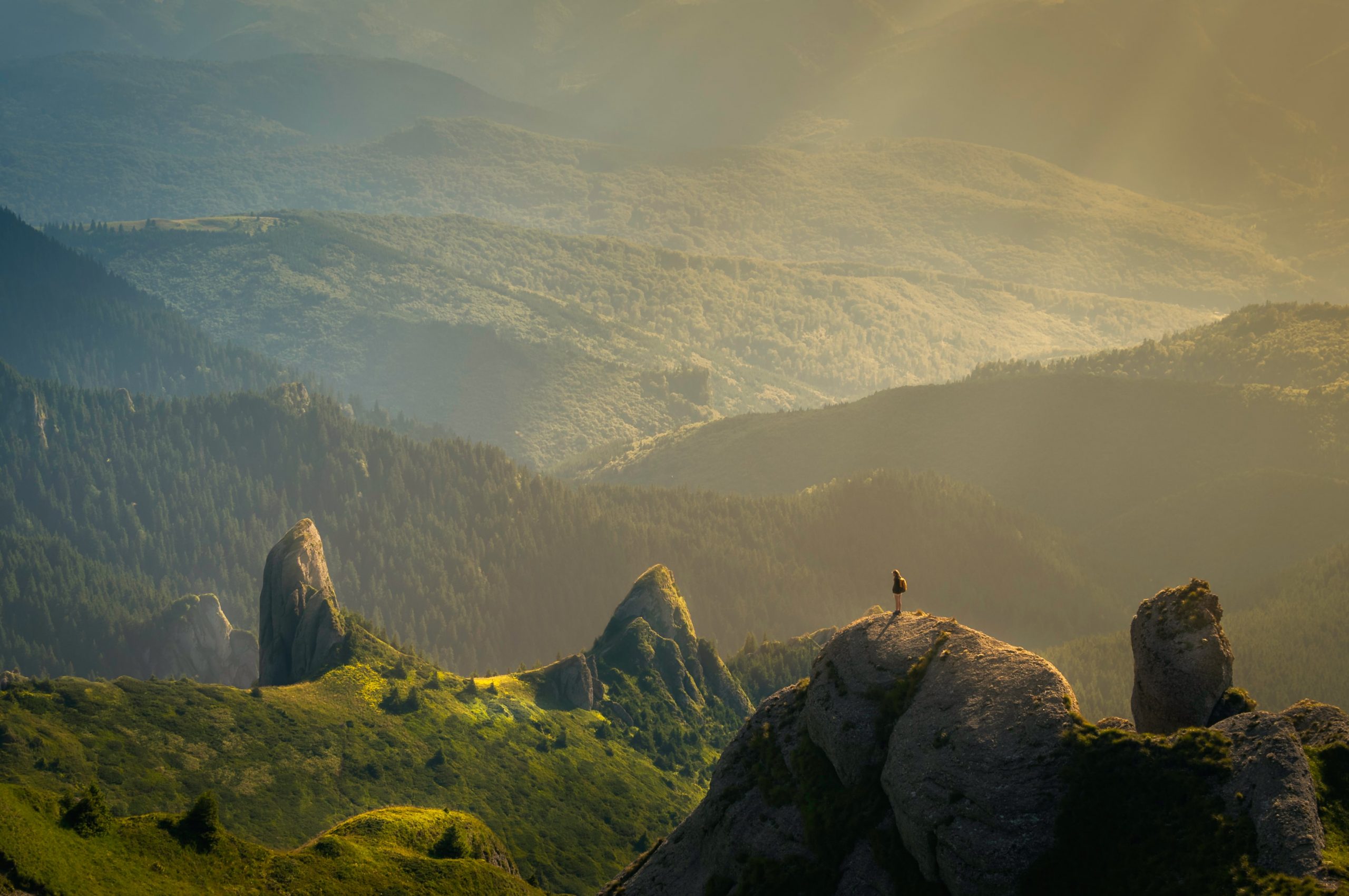